From Burnt Down Orphanages to Lunatic Asylums, Here are the Top 10 Haunted Spots in South Carolina.

HOME » BLOG » HAUNTED PLACES » FROM BURNT DOWN ORPHANAGES TO LUNATIC ASYLUMS, HERE ARE THE TOP 10 HAUNTED SPOTS IN SOUTH CAROLINA.
Posted by blogger in Charleston Terrors 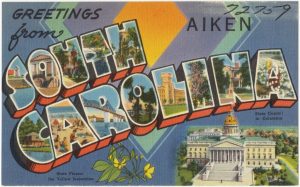 The Palmetto State. South Carolina has a rich varied history. A detailed past that has birthed thousands of haunted spots in South Carolina. A history that spans decades and centuries and one in which the United States is but an insignificant, minuscule dot… A dot that on South Carolina’s timeline is barely legible. Way before the Civil War, way before the Revolutionary War, way before the original 13 Colonies, and way before Europeans clashed swords with proud natives, South Carolina was the proud home of hunter-gatherers with crude tools and even cruder politics. Hunters that called the region their home and had been slowly conquering and taming the lands since 15.000 B.C.

The Colonial Period and the Native American Period, with its tribes, was nothing but a distant fantasy to Carolina’s first real settlers. Carolina has been in a historic whirlpool since those archaic bygone days. It has been cultivating tales, urban legends, folklore, and ghosts. A chronological landslide that started since the days of Homo Sapiens’ expansions across the globe… a landslide brimming with monsters, ghouls, wraiths, and other things that go bump in the night. A place full of ghost tours.

South Carolina history holds the promise of blood-curdling tales. It sizzles with stories that will freeze your blood and stop your heart. Get ready to feel the chills crawl up your spine and the nightmares start to bake in your cerebellum as we countdown… 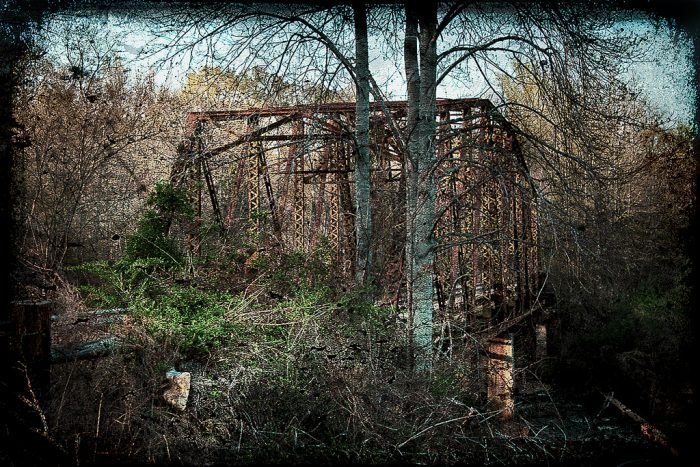 Every place in the world has a variation on the Llorona. The story of a woman in white, a banshee, like those of Irish folktales, whose melancholic screams and whimpers pierce the night and make grown men yearn for their mothers. South Carolina is no exception.

On the outskirts of Anderson, dozens of passersby have been struck by the pale apparition of a woman in white dress sauntering on top of this rickety old bridge looking for something or someone. The general consensus of those brave souls that have seen her is that she is searching for her kids… An age-old legend of the region states that a woman once tossed her babies over the lip of the bridge into the frigid waters below. A moment of madness brought on by her husband abandoning her. Now, she’s condemned to an infernal loop, searching hopelessly for the babe she once murdered. 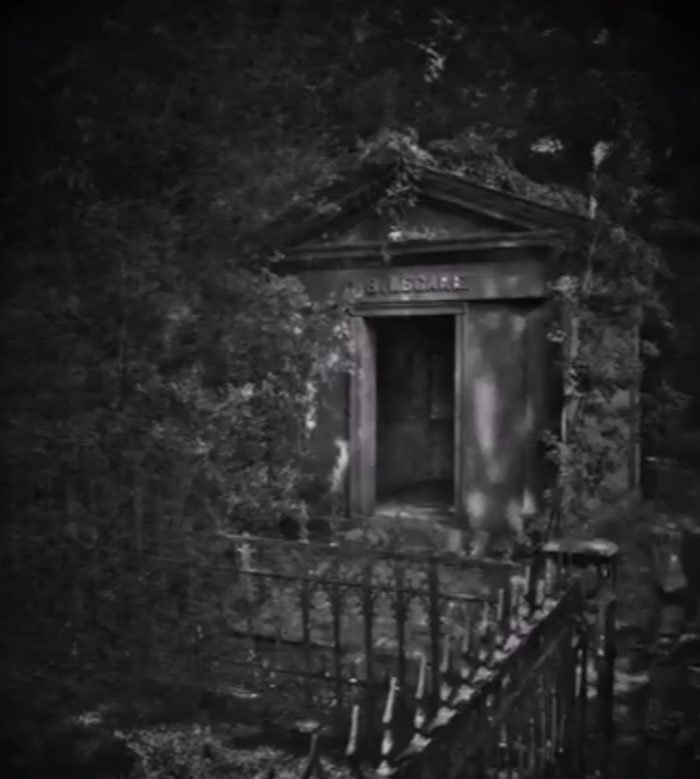 In the mid 1800s, young Julia Legare was accidentally buried alive right behind the Presbyterian Church she attended every week. Julia had fallen ill and into a deep coma. A county quack misdiagnosed her and her kin quite rapidly tossed her cold body into the family crypt.

Years later, Julia’s brother died. Once more, the Legares cracked open the crypt, ready to add one more family member inside, when they were stunned. On the door of the crypt, in a pile, bloody hands turned to claws, they found the desiccated corpse of Julia. The young lady had perished trying to open the tomb with her bare hands.

Since that day, the tomb’s doors refuse to stay close. No matter how many chains the groundskeeper shackles it with, or how many improvised doorstops, the gate has a nasty habit of defying the natural order of things and popping open every night right after dusk. 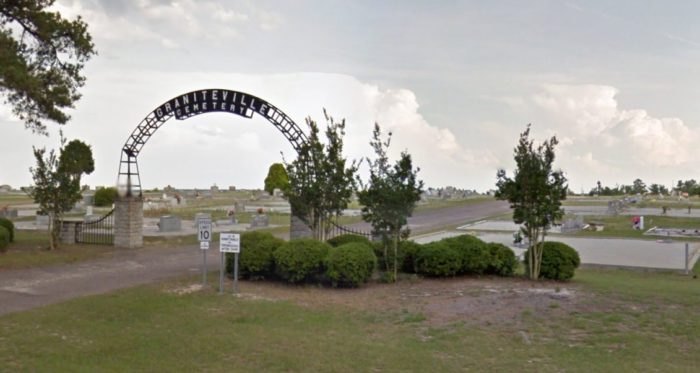 Graniteville Cemetery has the distinction of being one of the most haunted spots in South Carolina. You really cannot have a Top 10 list of supernatural shenanigans concerning the Palmetto State without digging into the free-for-all that is Graniteville Cemetery.

Cemeteries are the go-to spot for ghosts, all around the country that’s a give in.

You have lady specters putting flowers on the graves of children, ghost cats roaming the tombstones, a supposed witch stalking the place after midnight, and even creepy little urchins playing around the graves. At Graniteville Cemetery you have it all. 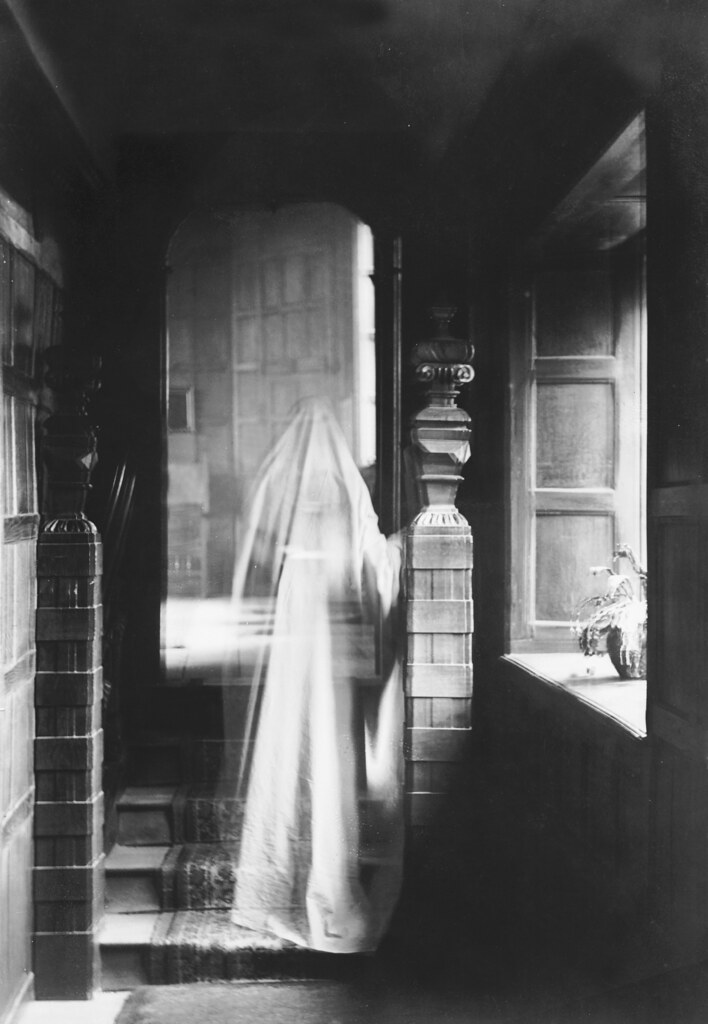 Like Spook Hill in Florida, Gist Bridge has the distinction of being a Gravity Hill… an optical illusion that makes it seem as if your car, once placed in neutral, actually starts to roll uphill.

Local legend says that once, Gist Bridge was the site of one of the nation’s foulest crimes. In the late 19th century, a man – after his wife had passed away – gathered all his kids and drove to the middle of the bridge. He told them to get out, lined each and everyone, a total of six against the bridge’s railings, and then gunned them all down at point-blank range. The impact of the bullets drove them back and they stumbled off the bridge into the river down below.

“Who’s got the time to feed so many mouths,” he later said.

People believe that it’s the spirit of those kids, and not an optical illusion, that pushes folk’s car uphill. This is the reason why many think this is one of the most haunted spots in South Carolina.

Right next to the Circular Congregation Church, this cemetery was built around 1681 and it was quickly filled up with the bodies of many Revolutionary War heroes. Visitors constantly report sightings of ghostly wraiths and vanishing figures stalking the graveyard. Soldiers, twinkling in the moonlight almost ephemeral, fading into shadows. South Carolina’s history causes it to be full of places like this.

It is a common sight, all around the country, to have spots haunted by restless warriors of some great battle of struggle. 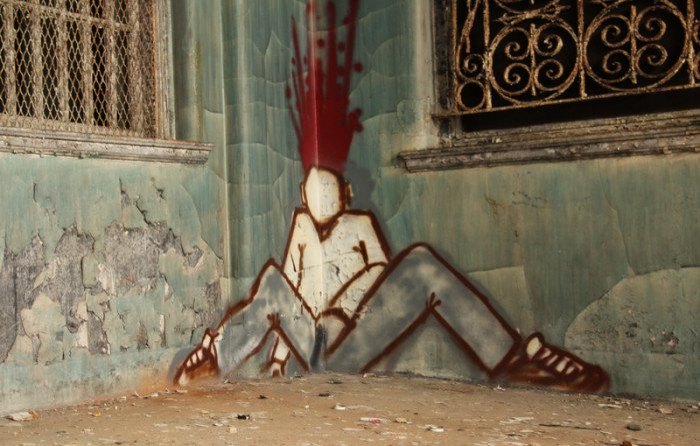 Built somewhere between 1822-1827, The old Columbia Psychiatric Hospital, or Lunatic Asylum as it was named back in those not so PC days, is one of South Carolina’s creepiest spots. It is an abandoned building full of strange graffitis and urban art known regionally as a haunted kind of hell that no sane person would dare stay the night in. 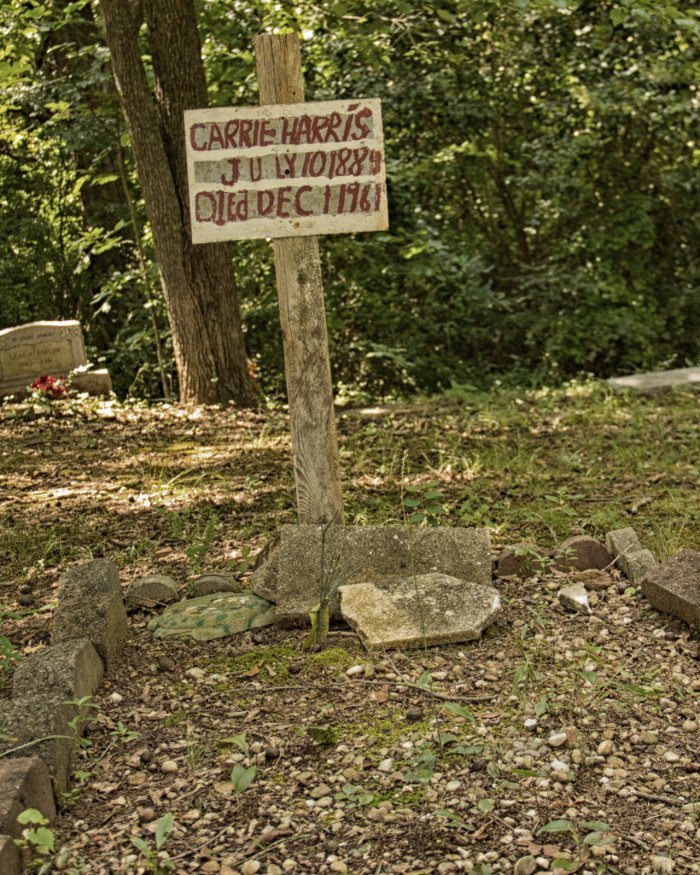 Known in the national roster and on Google as Oakwood Cemetery, there’s a reason why the locals refer to the place as Hell’s Gate. The spot is brimming and bustling at the seams with all manner of paranormal activity. Phone batteries draining to zilch in the blink of an eye, a constant busy signal, black photos popping up in your image folder after you’ve left the area, phone ringing when it has been switched off.

And, at night, the madness ratchets up to 11. People report seeing lights and orbs zooming by through the tombstones, figures dissolving into a mist, the laughter of children, and even the ground bulging up as if something is trying to crawl out of a grave. 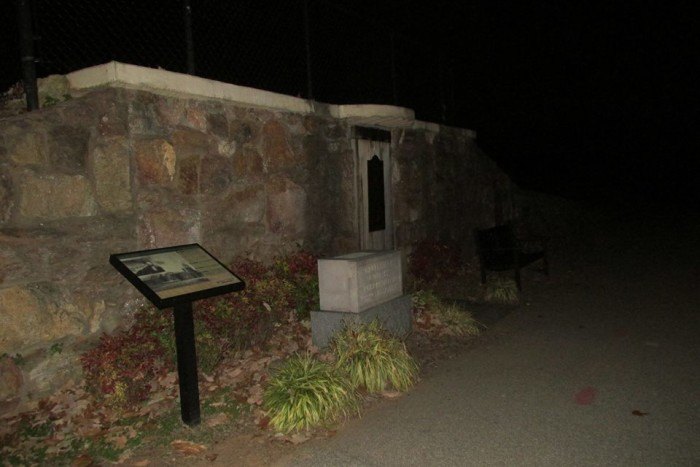 Here’s a quick history lesson of the building… Once I’m done, I doubt you’ll wonder why it’s one of the most haunted places in South Carolina. First, it was a Tuberculosis Hospital, and dozens died in its main room. Afterward, it was converted into an insane asylum. When the state shut it down due in part to criminal allegations being brought up against the sadistic staff, the place was converted into a halfway house for ex-cons recently released from prisons… Finally, the building burned down, mind you mysteriously and quite possibly because of arson. 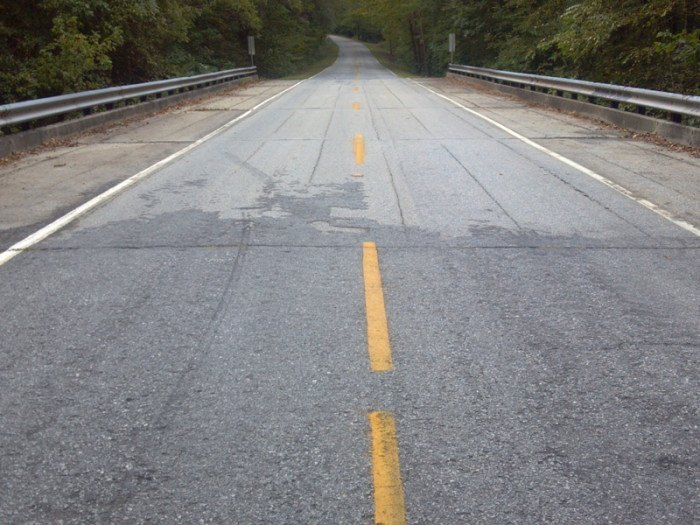 Seven men were lynched on this bridge… Seven slaves hung and left out to dry as a warning to others. The seven had tried to escape and were caught by a mob just a mile or two from the bridge. They were dragged, beaten, humiliated, tortured, and finally hung. The history of South Carolina is unfortunately full of places like this.

People who cross the bridge at night are said to have a massive mental breakdown in the middle of the bridge. Most falling to their knees racked by a feeling of utter despair and loneliness. 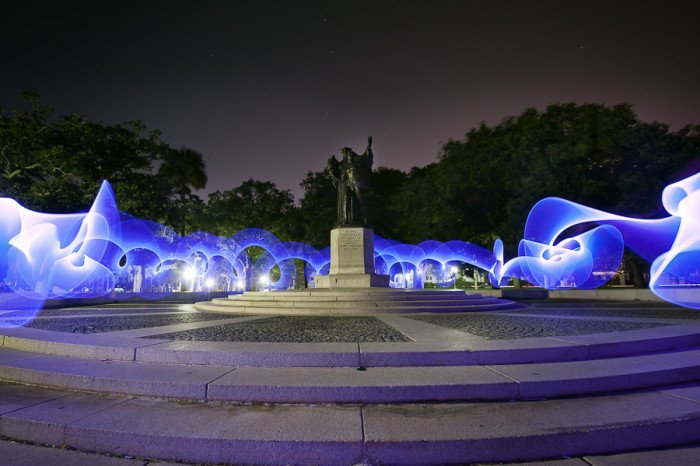 A place rife with history. Every corner of the park seems like the opening shots of a rather hair-raising Clive Barker novel. This place has a sordid history that dating back to pre Civil War times. A spot blighted by violence and savagery that was once an execution pit for criminals and runaway slaves.

Trees that were once used by soldiers to hang Pirates off still thrive in the area… a common troupe in haunted tales.

A story dates back to Colonial times, a story that serves as fuel for some of the most horrifying supernatural encounters described. A group of Pirates caught right off the shore, were escorted into the park. Each and everyone was hogtied and burned in a huge pyre. The English took their time, incinerating each one while his crew members looked on in fear. One after another, slowly baked until the last one, the captain, was thrown into a cell to starve to death… piled in with the roasted corpse of his friends. You can imagine the sort of sights and terrors that stalk White Point Gardens after night.

That is why White Point makes the list of the most haunted spots in South Carolina.

See some of these spots through the app, Junket, or live through our Charleston Terrors Ghost Tour!