The Candlestick Murder of 1958 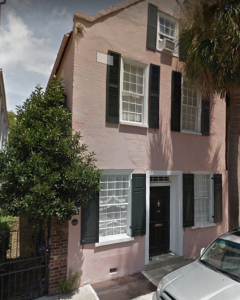 The Candlestick Murder of 1958

Jack Dobbins was a 30-year-old chemical company executive who was murdered on Halloween night of 1958. He was bludgeoned to death with a brass candlestick. The murderer claims it was self-defense from “unwanted advances.” What happened in the first trial where “gay panic” was the defense strategy?

Jack Dobbins was described as a stout 5-foot-10 inches tall and 170 pounds. After buying candy for treat-or-treaters on his way home from work, he had dinner with his roommate Edwin Otey around 6 P.M. Otey was a 25-year-old medical student, and after they left their pink Queen Street house to head to a Halloween party at a friend’s place.  When 10 P.M. rolled around, Dobbins left the party and headed out to Club 49, where he would tend the bar on Halloween night.

See, 1958 America was a different time, especially when it came to the way the gay community was treated. Safe places were needed, like the Club 49 bar where both straight and gay couples could go for a night on the town. The straight couples would allow the bar to hide in plain sight, though it did announce itself as the “gayest place in town.” People lost their jobs if they were considered to have “abnormal tastes,” so the mixed-crowds helped with scrutiny.

Friends would later state that Dobbins left the club after midnight. When Elizabeth Bryant, Dobbin’s maid, came to the house in the morning she would discover Dobbins dead on the sofa in the living room. He was naked and had been bludgeoned to death with a large brass candlestick that lay in his arms.

The other candlestick was up in his bedroom, as were his clothes. There were two glasses of bourbon on the coffee table next to him, along with his underwear, a lighter, and a pack of cigarettes.

It was determined that Dobbin died between 2 A.M. and 7 A.M. after 9 consecutive hits to the back of the head. He had a triple-skull fracture and no defensive wounds. Except for the bloodstains on the wall and sofa, the apartment was neat and tidy. No violent struggle had occurred. In fact, the attack had come as a total surprise.

Who Were the Suspects?

Edward Otey was immediately considered a suspect. Dobbins’ roommate had been upstairs asleep when the maid came in. He claimed he hadn’t heard anything that night and neither had the neighbors.

The next day, an 18-year-old Airman 3rd Class named John Mahon gave himself up to the police and was arrested. He had turned himself in when he read about Dobbin’s death in the paper. Mahon claimed that Dobbins had made “improper advances” on him, and he had used the candlestick to hit Dobbins “3-4 times” before running away in fright.

He was held in jail and charged on November 3, the same day Dobbins was buried in a graveyard in Spartanburg.

November 3 was also the same day the tone of the story shifted in the newspapers. The News and Courier had a staff-penned obituary for Jack Dobbins. Instead of focusing on the well-liked Korean War veteran side to him, they decided it was more important to comment that he was “an admirer of fine paintings with a flair for artistic home furnishings.”

They never had to outright say Jack Dobbins was gay, but they certainly left enough for the public to get the picture. The two-foot-tall brass candlestick murder weapon was certainly something one would not find in a typical bachelor pad. The paper even slyly added that “Ironically, Dobbins was very proud of the candlestick used to kill him.”

First Dobbin’s maid was brought in to explain how she found the body. Then she was asked if she ever saw any ladies Dobbins may have brought home. She had never seen any, but there were men who came and went. The defense asked her very pointedly what color Edward Otey’s sheets were. Yellow with stripes, she replied. And Dobbins’ sheets? Lavender.

Otey was next on the stand. He said he liked Dobbins well enough but had been debating moving out because of Dobbins’s “tendency to questionable habits.”

It may have been Mahon’s trial, but it was clear that it was Dobbins’ who was being judged.

Finally, on December 11, Mahon told his side of the story.

He explained that on Halloween night at Club 49 where Dobbins was tending the bar, he struck up a conversation with Mahon. They talked throughout his shift and afterward, Dobbins offered to go bar-hopping, which Mahon accepted. When they got to a bar that wouldn’t let Mahon in due to dress code, Dobbins offered him a nightcap at his place. Mahon agreed.

Mahon continued that once at the apartment, Dobbins made “improper advances,” on him, and in a panic, he ran upstairs to the bathroom to hide and think of a way to escape. He went back to the living room only to find Dobbins lying naked on the couch. He ran upstairs to get one of the candlesticks. Not seeing Dobbins as he tried to cross the living room, he was surprised by Dobbins and struck him with the candlestick “3-4 times” before escaping. In another version of the story, he rifled through Dobbins’ pockets on the way out.

Two airmen on base wrote statements explaining what Mahon had returned with. He had in his possession extra money, a money clip, a silver fingernail file, and a cigarette lighter, while Dobbins’ pockets were empty.

Mahon confessed that he “hadn’t meant to kill Mr. Dobbins.”

The prosecution claimed it was a robbery gone wrong, explaining that “people with abnormal tastes,” were easier targets for thieves. They wanted the death sentence.

The defense pointed out to the jury, a group of 12 men, that the young airman was scared for his “virginity.” They said that there was a South Carolina law for allowing someone to defend themself against such advances. They were looking for an acquittal.

Neither side bothered to explain why Mahon didn’t just leave the apartment the instant Dobbins got too handsy. Nor they either side explain why Mahon was in a bar know for mixed company wearing dungarees and a leather jacket, the garb of a male prostitute working (according to an article in ONE, the country’s first pro-gay magazine).

What should have been an open and shut case for robbery took the jury over 4 hours to deliberate. The judge on the case lost his patience and demanded that they return immediately with the charge. They returned with a not guilty.

The Aftermath of the Candlestick Murder

The gay community took the verdict as proof they were not going to be taken seriously, and that the courts would not help them. Many gays felt unsafe after that as the nation grew warier of “outsiders,” as the Red Scare of Communism hit during the Cold War. It was bleak times, and though things might be better nowadays, 1958 wasn’t that long ago.

Meanwhile, Mahon was free to go and spend Christmas with his family. He eventually became a Catholic lawyer, and the murder was swept away under the rug.

Jack Dobbins, the Korean War vet, and all-around nice guy, spent Christmas in a newly dug grave. Instead of getting justice, he was lambasted for having lavender sheets.

Want to see the spooky tales that Charleston has to offer? Check out our awesome Ghost Tour here: