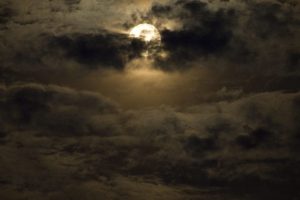 The Powder Magazine is now a museum that showcases the history of the city and the building itself. It is one of the oldest surviving buildings in Charleston, being built in 1713. During the American Revolutionary War, it was built to house gunpowder for the soldiers.

Charleston, South Carolina is known for its expansive history and beauty. For the ghost hunters and lovers of the paranormal, it serves as a wonderful place to learn about history and hauntings. Historically, Charleston has seen its share of pirates, wars, and ghosts. Known as one of the most haunted cities in America, visiting Charleston will make any paranormal believer jump! There are some incredible places in Charleston that are known for their haunted pasts and the Powder Magazine is number ten on our top ten list of the most haunted places in Charleston, South Carolina. 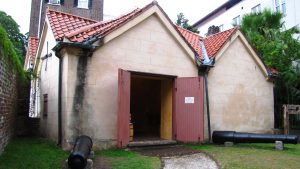 History of the Powder Magazine

This was one of Charleston’s best-kept secrets when it came to protecting their weapons from the British. The Powder Magazine was built in a way that would protect the outside of it in case there was ever an explosion. There were very few doors so that if there was an explosion, the smoke and flames would escape through the roof. The roof served as a funnel in order to push out the explosion. It would go upward and outward. There was also sand that had been stored in the roof to help to put out any flames in case of an explosion. The best safety precautions were added to the building in order to keep everyone safe in case of an emergency. It was used in various other ways after the war too.

After the American Revolutionary War, the Powder Magazine served as a storage building. The Colonial Dames of America wanted to keep it in the impeccable condition that it was in.  The building was purchased in 1902 and they turned it into a museum in 1972. This is when it also became part of the National Register of Historic Places. The museum is a very popular attraction still and many say it is because of the ghosts who reside here.

Ghost of Anne Bonny in The Powder Magazine

When we look back on history, we can see that there were many violent events that happened at or around the Powder Magazine. This is one of the reasons that ghosts and entities cannot find a place to rest. This is why there are generally hauntings at locations like this one. It is said that war and other mass murders are what keeps the spirits from crossing over into their final resting place. The Powder Magazine saw a lot of these murders and this is why there are some hauntings still there today. Many soldiers died on the grounds of the Powder Magazine and to this day, visitors have said that they have seen the ghosts of dead soldiers walking on the grounds. Some of them may even be guarding the building as part of their duty for the night. But just what have people seen?

One of the ghosts that visitors have said to see at the Powder Magazine is that of a famous, female pirate, Anne Bonny. Bonny is known for being quite the handful during her day. No one knows exactly when she was born, but we do know that she was born in Kinsale, County Cork, Ireland around 1697. She was an illegitimate child of her father, William Cormac, who was a lawyer, and mother, Marry Brennan, who was his servant. Cormac’s wife wasted no time going public with the affair that her husband had. This made him lose his credibility altogether. He ended up marrying Brennan and he took her and Anne to America to begin their new life. They settled in…you guessed it, Charleston, South Carolina. This would be just the beginning of a new life for Anne Bonny. 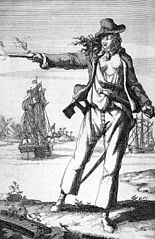 Brennan died when Anne was a teenager and Anne had to take over when it was time to help her father around the house. Stories went all over the city about Anne and her evil temper. It was said that she murdered one of her servants by stabbing her to death and she beat and stabbed a young man so badly that he was put in the hospital. It later came out that the reason behind her attack was that he was trying to sexually assault her.

Anne was not afraid of falling in love though. When she was around 16 years old, she met pirate, James Bonny. He was just after one thing and it was her father’s money and estate. Her father did not agree with their relationship at all and he knew that something was off with James. They ended up getting married against her father’s wishes. James ended up taking Anne to New Providence, which was a pirate hideout at the time. James couldn’t make ends meet as a small-time pirate, so he became an informant for the governor. Anne was angered by this because she had nothing but pirate friends. This put her in quite the hard spot. She decided to take things into her own hands and left her husband. She fell for pirate Calico Jack Rackam, who told James he would buy Anne from him.

Calico Jack was known for his attacks on coastal ships and he didn’t make a lot of money as a pirate either. The relationship between Anne and Rackam was not public, but she did become pregnant with his child. No one truly knows what happened to their first child, but rumors say that it died at birth in Cuba. Things began to get tougher for Anne and she ended up meeting another female pirate named Mary Read. Rackam was jealous of their friendship, but they were a force to be reckoned with. They were trained in combat and they could defend themselves against any pirates! Anne was eventually imprisoned, but her death was never confirmed. Some even say she escaped prison. We do know that she lived her life in Charleston with her husband, Joseph Burleigh and she died at the age of 80 in 1782. She loved the city of Charleston and it is very evident now when people tour the Powder Magazine and tour the city. 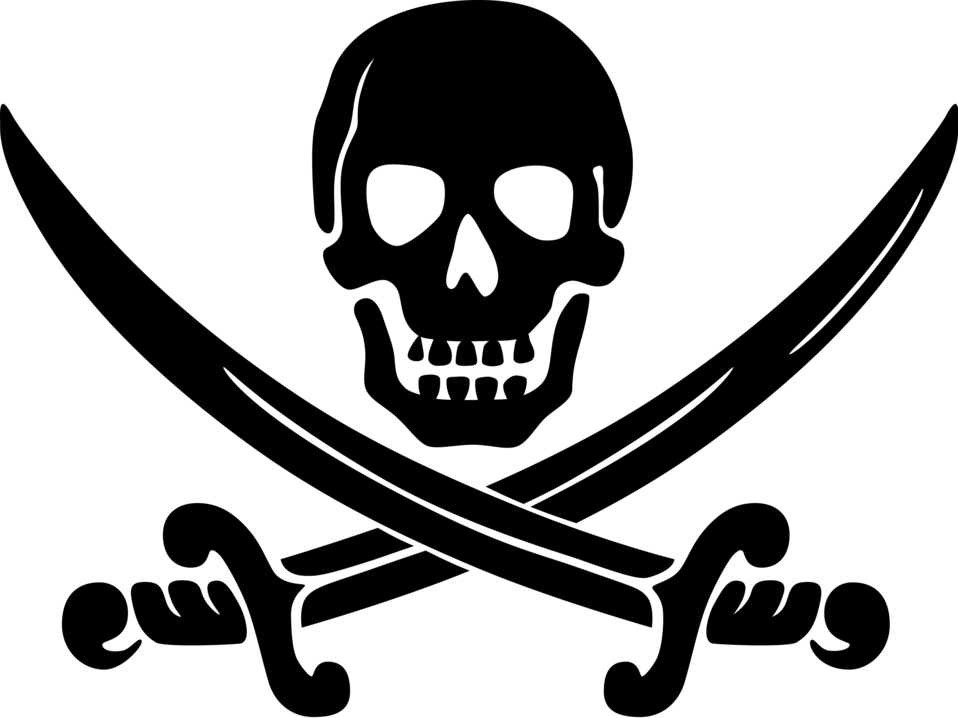 Anne Bonny’s ghost is seen in more than one location in Charleston. The Powder Magazine is a very popular place for Anne sightings. Many visitors have seen her walking around. They say that it appears as if she is looking for someone. Could she be looking for someone to save her? We are not sure who she is looking for, but there are more shadowy figures that have been seen at the Powder Magazine. Another one is Gabriel Manigault.

Gabriel Manigault is known for being a part of one of the richest families in Charleston during his time. He lived from 1758-1809 and was a rice planter that also studied law and became one of Charleston’s most famous architects. It was often said that Manigault had an eye for all of the finer things in life and wine was one of them. He loved taking in the smells and tastes of wine and he loved being in his wine cellar. The Powder Magazine acted as a storage facility once for his family and it is said that he spent quite a lot of time in the wine cellar here. 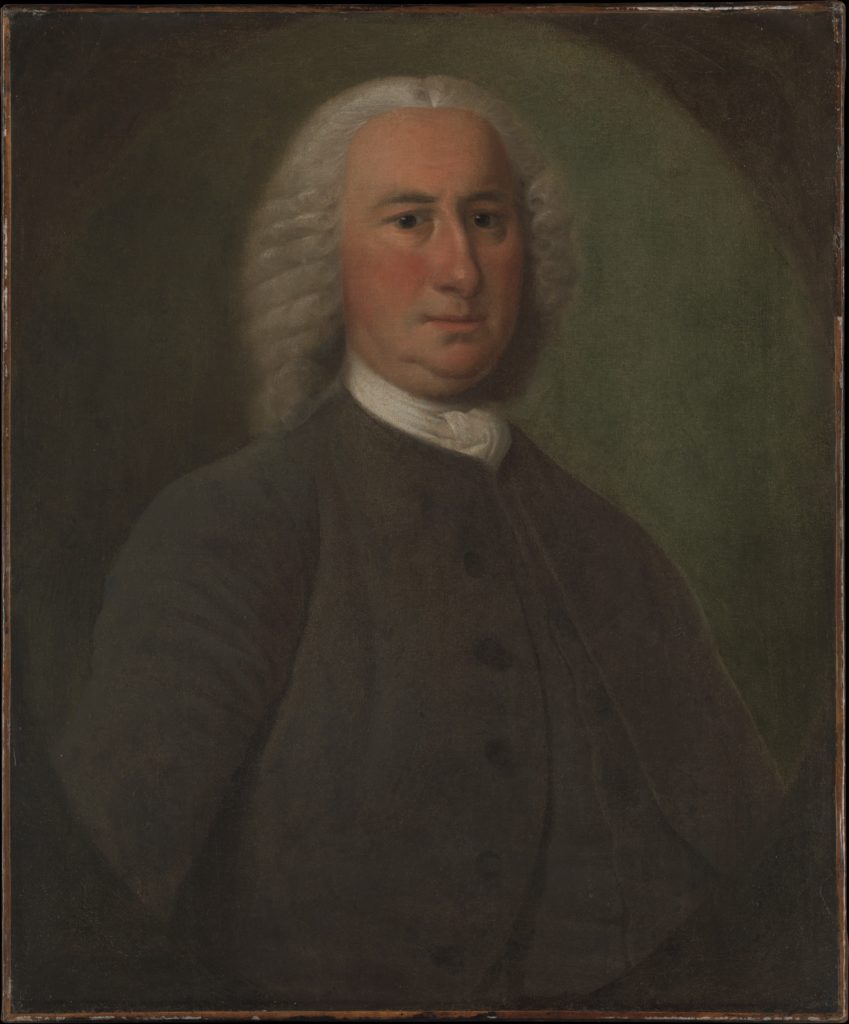 Visitors that have seen the ghost of Manigault in the Powder Magazine think that he could be walking around in order to make his way down to the wine cellar. He is clearly dressed in period clothing and even some of the staff members say that he walks the halls at night looking for something. Who knows what it could be?

The hauntings at the Powder Museum continue to attract visitors. The rich history here helps them to imagine what terrible events happened here during the American Revolutionary War. For those who are truly interested in the paranormal events that occur here, visiting the Powder Magazine is the first step to seeing just what ghosts still lurk here today. Who knows what you will see when you come to visit. There could be a pirate queen waiting around the corner or a Southern gentleman ready to offer you a rich glass of wine. Just remember to keep your eyes open at all times!