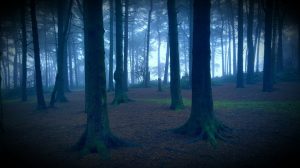 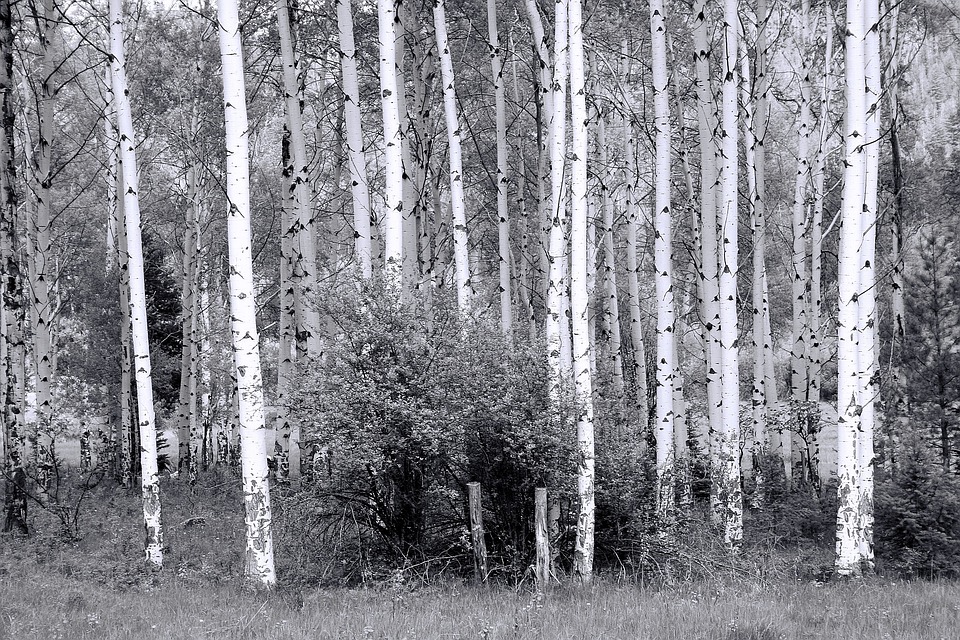 In Charleston, South Carolina, you will find a lot of paranormal activity. The ghosts and haunted history are a great part of why so many people are drawn to this beautiful city. Poogan’s Porch is one of the most popular attractions for visitors and locals alike. It is a delicious restaurant with a charming atmosphere. It is also very haunted.

Poogan’s Porch is set in a historic Victorian home that is located at 72 Queen Street. This house was built in 1888 and the neighborhood that it is in is filled with other historic homes. In 1976, the home was turned into a restaurant known as Poogan’s Porch.

When the owners of the home sold it, they were very hurried. They left their dog at the home for the new owners to take care of. This little white dog was called Poogan. No one really knows why he was left on the porch, but he just wandered around waiting for someone to come back to him. This was very sad for the locals to see and the new owners took care of him. Since they loved him so much, they decided to call the restaurant Poogan’s Porch.

There is another story that says that the dog was left and he ran around town looking for food and someone to take care of him. Some say he went from “porch to porch” and eventually showed up at 72 Queen Street on the porch. The owners told everyone that the porch of the home wasn’t for them, it was for Poogan. This is the story told on how they named it too.

Poogan is a real dog, no matter what story we believe and he was the greeter of Poogan’s Porch for many years. In fact, he would say hello to guests at the restaurant until 1979, when he passed away. Poogan became a household name with the locals and they still miss him today! If you ever get a chance to go into the restaurant, you will get a chance to hear stories and see pictures of this remarkable dog who had such an impact on the community.

The Ghosts of Poogan’s Porch

The food at Poogan’s Porch may attract many visitors, but there are plenty of people who stop by because of the hauntings that they have heard about. Yes! Poogan’s Porch has ghosts! One of the ghosts that are said to haunt Poogan’s Porch is Poogan himself. There are many visitors who have seen the shadow of a dog when they enter the restaurant. Others say that they are always greeted on the porch by a ghost dog. No one has felt frightened around him and legends say that he is just saying hello to the visitors of the restaurant, just like he used to.

Poogan’s ghost is not the only one who is said to haunt Poogan’s Porch. One ghost is named Zoe St. Amand. She used to live at 72 Queen Street with her sister Elizabeth. This was in the early 1900’s. Zoe was a school teacher and it was rumored that she was tired of looking for someone to marry and had just given up on the whole idea of finding her true love. The people in town did see her as a bit of a spinster and she never dressed like she was trying to make herself look better either. Apparently, she was always dressed in long black dresses that made her look tired and like an older woman. She was clearly making herself not look attractive or she was completely giving up.

Zoe and Elizabeth were probably as close as sisters could be. They didn’t like going out to be with other people. They preferred each other’s company and the locals mentioned that it was a very odd relationship between the two girls. They would never have people over and when they did go out, it was usually together. They were known as the hermits in town because there wasn’t a lot known about them.

In 1945, Zoe felt heartbreak like never before when Elizabeth became ill and died. This was her only friend and you can only imagine how she felt losing her one true friend and sister. She became more withdrawn from society and very depressed. Her mental health began to worse after every passing day. It got so bad that one night, she went out into town and when she was walking down the street, she yelled her sister’s name all night. The neighbors were scared that she was at her wit’s end so they took her to Bon Secours St. Francis Hospital. Zoe spent the rest of her life at the hospital and she was buried at St. Lawrence Cemetery. 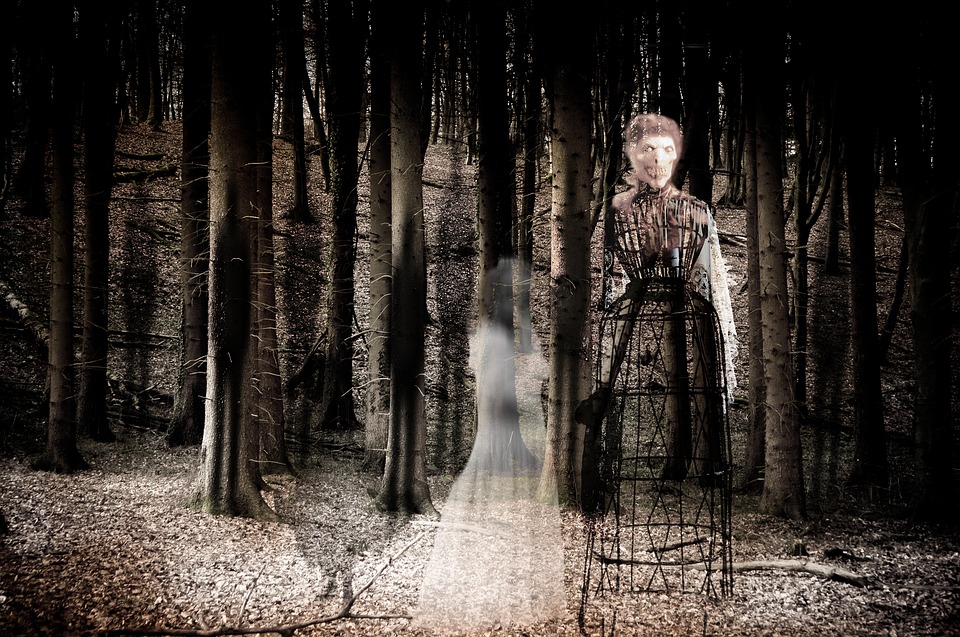 Many guests of Poogan’s Porch have seen her ghost while dining at the restaurant. People believe that she haunts the house because she is still looking for Elizabeth. Her spirit apparently haunted the house before it became Poogan’s Porch and the owners said that her hauntings have only intensified since it became a busy restaurant. For someone who didn’t like being around people when she was alive, in the afterlife, she wants to be around them.

Many guests have said that they see an older woman standing in one of the windows of the house looking out onto the street. They believe that this could be Zoe as well. The police have been called multiple times by people thinking that some strange woman had broken into the restaurant or that someone left their grandmother in the building and she couldn’t get out!

The Staff Speaks Out

The staff at Poogan’s Porch knows that there is some paranormal activity going on at the restaurant. They have shared many stories about the ghosts of the building. The owner, Bobbie Ball, has had many experiences with Zoe. She was setting the alarm one night at closing and she heard one of the stools just fall over. She said it moved on its own and the doors in the same area began to slam shut and swing open on their own. 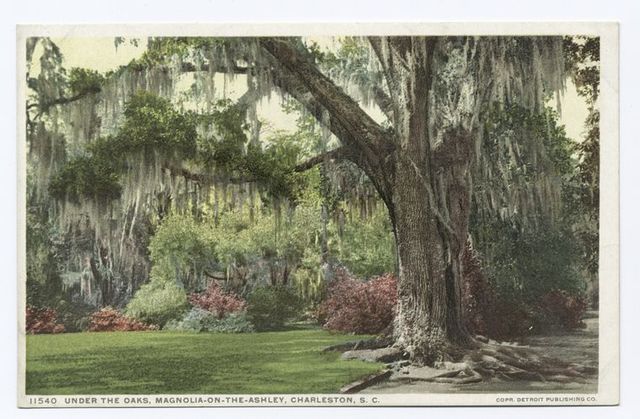 The chef that works the lunch shift has also had some encounters with Zoe. One early morning, he was making himself some coffee. The produce guy showed up to make a delivery, so he sat the coffee down. When he came back to it, it was gone. The cup, the coffee, all gone! He thought that maybe he forgot to even make one since he was tired and it was so early. He made another cup. When he got back with the new cup, the old cup had reappeared. It was empty though! He looked at the cup and saw lipstick marks on it. He said that he thinks that Zoe must love the way he makes his coffee!

Another staff member remembers a really creepy encounter with Zoe. She was working late and cleaning up and she felt like someone was standing behind her. She turned around and no one was there. So she went back to what she was doing and said that the whole time she was cleaning, she felt that person still behind her. This is not the only incident with this staff member. On another night that she was closing, she looked up in the mirror and saw a face there that wasn’t her own. It was an older woman wearing a black dress. She knew it was Zoe based on the pictures on the walls in Poogan’s Porch. When she went to say something to the woman, she disappeared!

Staff members are not the only ones who have seen mysterious things here. A woman named Elizabeth was dining with a friend. Elizabeth and her friend said that during dinner, they felt a little unnerved by the energy in the building. The women ended up seeing some orbs in the restaurant while they were eating. They had planned on going on a ghost tour that night, but after dining at Poogan’s Porch, they said that they had gotten their fill of ghosts for the night! 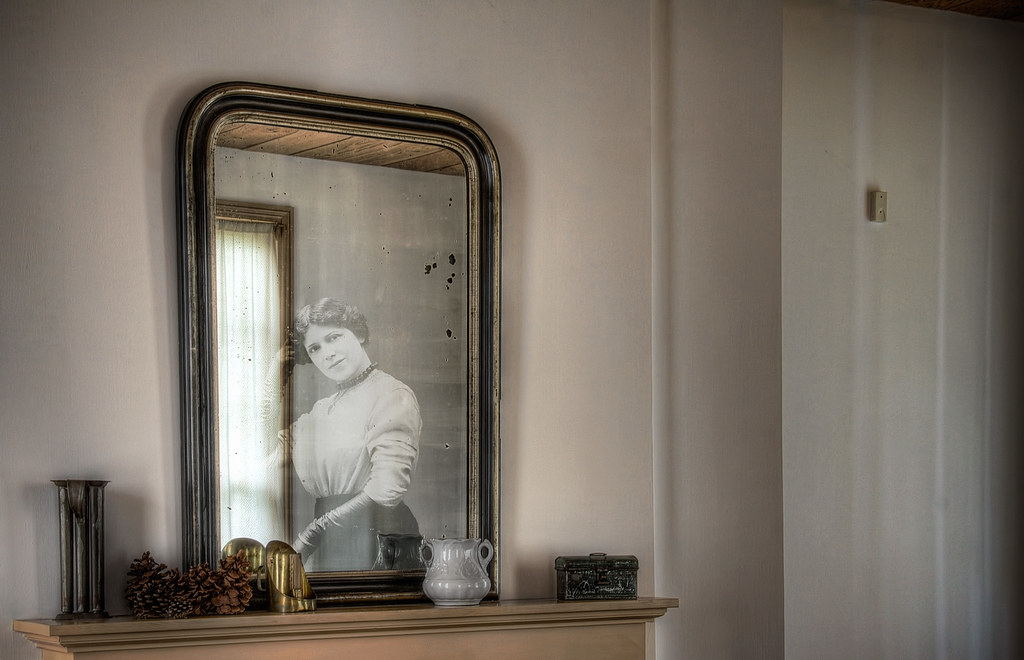 Poogan’s Porch is a wonderful attraction in Charleston. They are open seven days a week and they have some of the best food in the city! When you are here, make sure that you keep an eye out for the ghosts who are said to haunt this historic building!