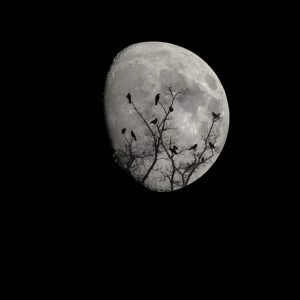 A haunted tree? How could this be? In the heart of Charleston, South Carolina, you will find many historic buildings, houses, and even a tree. This tree holds quite a history and there have been many rumors that the tree brings spirits of the dead too. Angel Oak tree is one of the most beautiful trees of its kind and it has thousands of visitors each year. Do they come to see its beauty or do they come to see the ghosts? 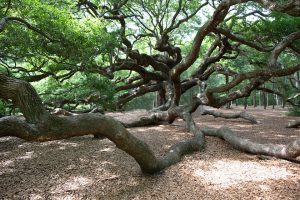 The History of Angel Oak

Angel Oak has a vast history and many think that it is the oldest of all of the living things east of the Mississippi River! Most oak trees will grow up and not out, but this one has done both! It is clearly a one of a kind tree that just keeps growing. It is now about 65 feet high and the branches go out about 17,000 square feet. Not every tree can say that they have had 40,000 visitors each year, but Angel Oak can. The tree is about 400 years old and visitors can see it seven days a week except on holidays.

This tree has been through quite a few hurricanes, floods, and even some earthquakes and it is still standing strong! It did suffer slight damage from Hurricane Hugo in 1989, but that didn’t stop it from growing and growing and growing. The name of the tree comes from the owners of the estate, Justus and Martha Angel. It is property of the city of Charleston and it is located in a very popular park where visitors can come and see it in all its glory!

The tree has gone through quite a bit and the stories of its beauty travel all over the world, but what draws people to this tree? Is it the beauty or is it something else? Is it something eerie? We have heard tales of both and that is why the Angel Oak tree is another one of the most haunted places in Charleston.

Ghosts and Spirits and Tales

During the day, tourists and locals alike come to Angel Oak tree to see this ancient tree and appreciate just how old it really is. At night though, the tree brings a ghostly energy that has been seen and felt by many. In fact, there are quite a few tales of this tree that will make your hair stand on end! Not all of the people who go to see the tree have a good feeling when they are there and when they leave…

In one tale of the Angel Oak tree, a couple was married under the tree in 2008. They wanted to go back to the tree to spend some time there under the light of the moon together. They weren’t alone when they went there though. They said that as soon as they walked up to the tree, they felt an energy that was not like anything that they had felt before. Then they started to see, what they called, spirits. They said that they were glowing shadows of humans  and they were all over the tree. The woman even said that some of the spirits that she saw looked as if they were hanging from the branches. This story does match up because of the slaves that were once hanged on this tree. The land did serve as a plantation in the past and there were many slaves who worked here. There were also many slaves that disappointed their master and met their death hanging from the Angel Oak tree. This is the story of many of the ghosts who are generally seen here.

In another story, a couple who were also married at Angel Oak went back to see the tree. The husband wanted to show his love just how much she meant to him, so he decided to carve their initial in the tree. This is always a big no-no especially in a public area that stays open due to donations. He carved a heart on the tree with his knife. As soon as he began to carve the heart, he noticed that he could heard noises all around them. His wife got very scared and she told him that he should stop and they should just leave. She made it a point to tell him that she knew he loved her and they should just leave the tree alone. He continued to carve it though and the noises around them just got louder and louder. The woman got more and more afraid. The noises now sounded like they were surrounded by a mob of angry people. The husband finally put the knife away and they saw a bright flash before their eyes. Then they saw a face. This was no ordinary face though. This was the face of a demon or devil, according to the couple. They ran as fast as they could away from the tree and then when they turned back, they saw a lot of glowing figures dancing around the tree and some looked as if they were hanging from the tree.

There are even more tales of ghosts who lurk in the shadows of the moon at Angel Oak. A local woman who was a family member of one of the former slaves said that the tree has a type of curse on it. The slaves in the area all knew that it was a bad omen for them and they would not go near it unless they had to. This woman said that huge birds would perch on its branches and these birds would feed on the slaves’ dead bodies. The woman said that there was a legend that the Native Americans in the area also had buried their dead under and around the trees roots. She said that the spirits that are seen at Angel Oal are also spirits of their dead. The woman pointed out that the Native American spirits that are seen here come back in order to protect the tree and that is what has been keeping the tree safe for all these years. 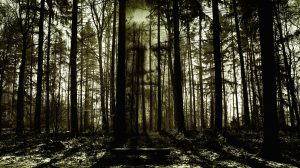 Changes Over the Years

Like most places, Charleston has been growing faster and faster and more people are starting to move into the area. In 2012, the city had quite a scare when developers came into see the area where Angel Oak is and decided that they wanted to build a huge apartment complex in its place. The city was outraged and they began to protest and began a group called Save the Angel Oak and the Coastal Conservation League. They were very concerned about the life of this tree and they didn’t want anyone to ruin this beautiful area to build some apartments!

In December of 2013, there was a land trust company that wanted to buy the area where Angel Oak is located. This purchase would end up protecting the tree and the area from any new developments within a 17 acre range of the tree. The Lowcountry Land Trust bought this land and it is now safe from any developers coming into demolish this area.

Charleston is a city that protects what is its! The Angel Oak tree is one of the most beautiful sites in the area and the local will do anything that it takes to protect it and keep it alive. The history here may be bleak in some cases, but the tree itself, is just part of the history of the city. Many of the locals say that it represents Charleston by showing visitors that its roots and branches are incredibly strong, nurturing, and always providing for the locals and visitors. They are referring to the shade that the tree provides.

Visiting Angel Oak is a wonderful experience and it is like no other. There is plenty of energy that floats around the tree and it is special because of how old it is. There is a world of history here that people love to take in. If you would like to read a book featuring Angel Oak, be sure to check out The Heart of a Child by Emily Nelson. You can visit Angel Oak seven days a week when you are in Charleston. You will get to see just how majestic this tree is and if you show up at night, perhaps you will see the ghosts of those who spent their lives and death here.