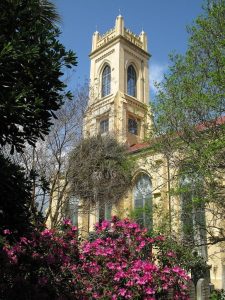 The Unitarian Church Cemetery in Charleston, South Carolina is one of the most haunted places in the city. This cemetery has a lot of history, much like the other haunts of Charleston and we want to tell you all about it. We hope that we don’t scare you too much, but just know this, you are in for a wild ride!

The History of the Unitarian Church Cemetery

There are plenty of graveyards and cemeteries in Charleston, as we all know, but this one really does stand out more than the others. This cemetery is kept in great condition for all of the visitors to come and see just how grand it is. Some of the graves are overgrown and there are many vines and trees that pretty much started taking over this old cemetery. This is a natural occurrence for older cemeteries, but this one is very special to the city of Charleston. Think about this  though: do the dead want the cemetery to look pristine or do you think that they would rather give in to the natural order of things here? We think that they approve of the scenery. That is the dead do best though; give back to nature. 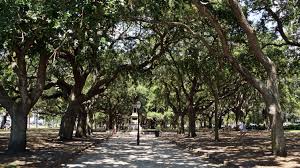 The Unitarian Church is one of the oldest in the city of Charleston and it was built in 1772, for the first time. It had to be rebuilt in 1854. The yard of the church is known for the ghost of Annabel Lee. Annabel Lee is famous for the Edgar Allan Poe’s famous poem and she lived in Charleston before the time of the Civil War. We will get back to that story when we get into the ghosts and hauntings that have been seen in the cemetery.

Now back to the history of the cemetery. The church is on the National Historic Register and is known as the second oldest church in Charleston. During the Revolutionary War, the church was used for barracks and a lot of the church did end up getting destroyed and that is why it had to be rebuilt. Many people are concerned that the cemetery looks abandoned and run down, but there are reasons for this.

When visitors come here, they will notice that the paths are well kept, but everything else has overgrown. Those who keep up the cemetery do this to show that the dead are reconnecting with nature and it is a symbol of their reunion with nature. The Unitarians wanted this cemetery to look this way so nature and the dead can mingle again.

The cemetery is located at 4 Archdale Street and is open to tours and public church ceremonies.

Hauntings of the Unitarian Cemetery

The cemetery is said to be haunted by many spirits. The first of these spirits is that of Annabel Lee. The story of Annabel is a sad one, but there are many people that have said they have seen her in the cemetery walking around. Her name was Anna Ravenel. She fell in love with a man by the name of Edward Allen. They were madly in love and they thought that nothing could ever separate them. He was a soldier that was stationed in Fort Moultrie. Anna’s father did not approve of their love and he didn’t want them to be together. Anna wouldn’t let her father stop her from seeing her love and it is said that she would sneak out of her house to run away to see him. Because of how much he disapproved of their relationship, her father had Edward moved from Fort Moultrie to Baltimore. Anna was heartbroken. She fell ill because of her deep depression. 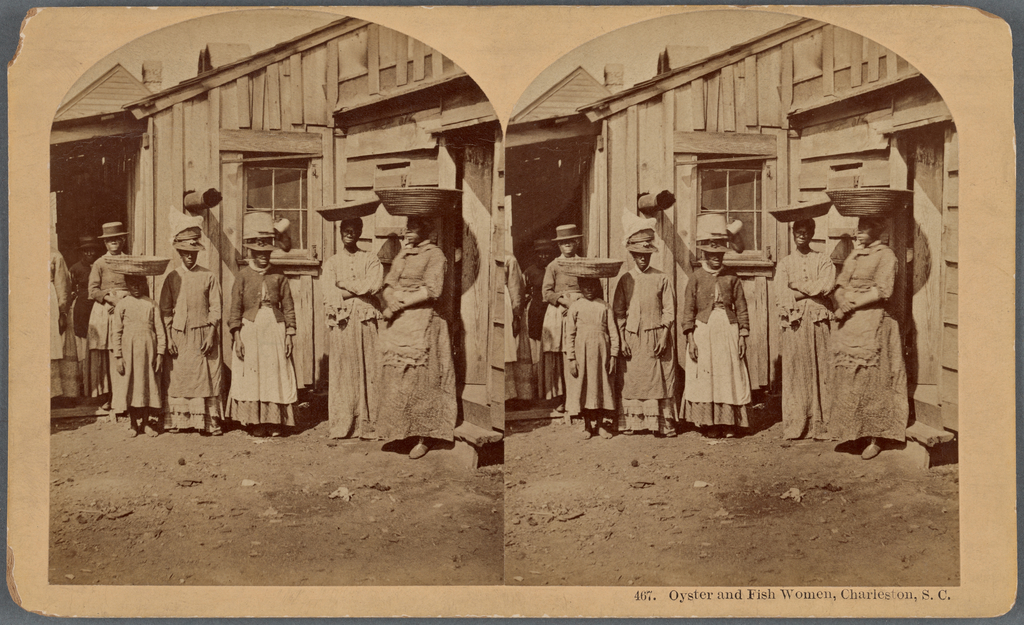 When Edward heard of how sick she had gotten, he knew he just had to come back to see her. He got back too late. She was dead when he arrived and her father wouldn’t even let him go to Anna’s funeral. He blamed Edward for her death and was incredibly bitter and heartbroken himself. He had such a distaste for Edward that he had six different graves dug and filled. There is no tombstone where Anna is buried so that Edward would never find her grave. Edward would try to go back to the military once more, but would get thrown out. He drank too much and did drugs, so clearly he was not suited for the military. He would eventually write as Edgar Allen Poe and write “Annabel Lee” after his love, Anna.

It is said that Anna still walks around the cemetery and perhaps she is looking for Edward Allen. She appears around her unmarked grave and many visitors have seen her there.

Another famous woman that many visitors have seen around the cemetery is the spirit of Lavinia Fisher. Some visitors believe that they see a lady in white in the cemetery. They believe that this is famous Charleston serial killer, Lavinia Fisher. History says that she is the first female serial killer in America. She owned a hotel in town and she and her husband would take advantage of male travelers in the area. They would get friendly with them and Lavinia would poison their tea. They would fall asleep and the two of them would rob them and slit their throats!

Lavinia and her husband were hanged and when she was asked if she had any last words, she said “I have nothing to say to God because I’ll be dancing with the devil in the morning.” Many paranormal fans don’t believe that the lady that walks the cemetery is her because of her mention of the devil. Some think that she has found her final resting place and it is not as a spirit here.

Another story from some visitors to the cemetery is from a husband and wife couple. The couple decided to walk through the cemetery and check it out. They had never heard any of the tales that were associated with it, but they decided it looked pretty interesting and started to explore. They said that it was very overgrown and needed some landscaping badly. As soon as they started talking about it, an old man showed up and he was using a very old lawn mower on the grounds. He nodded to the couple as he walked by them, but he never made eye contact. The couple continued to walk around the cemetery and commented on how odd that interaction was with the old man. As they were about to go back to the front entrance, they saw the old man seated on the bench as they walked by. The couple walked around another area of the church for about ten minutes and then wanted to go check on the man. When they returned to the cemetery, he was gone. The couple started talking about how he had a lawn mower and he was pushing it, but it never made any noise. They knew that they had seen a ghost of the man who used to keep up the landscaping here. 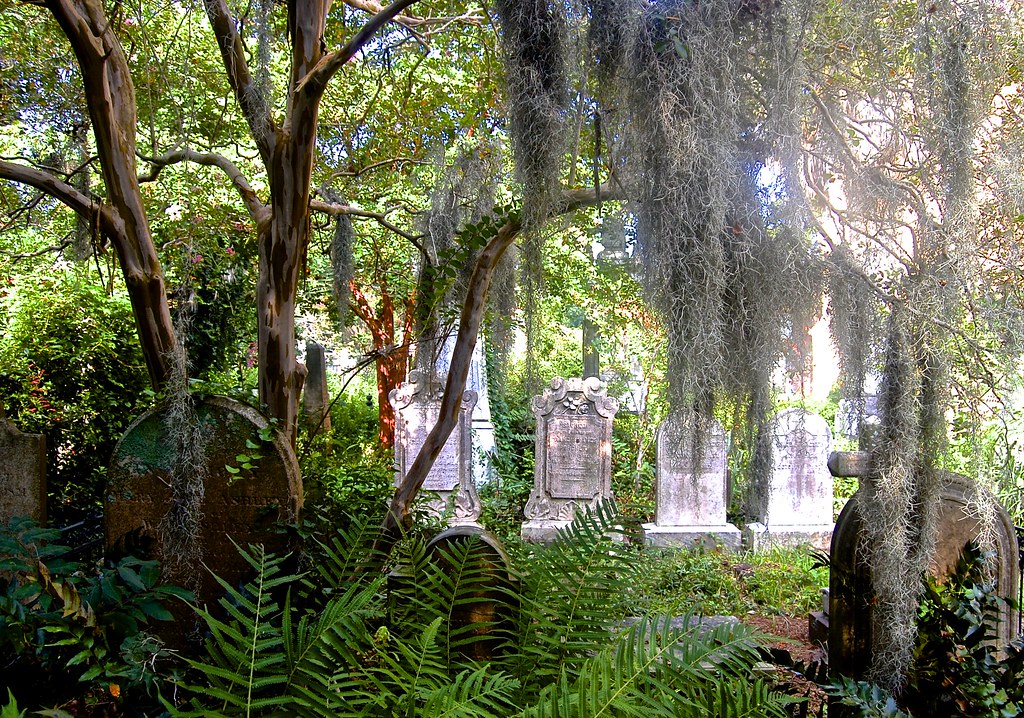 The last spirit that many think they have seen here is Mary Whitridge. This story is about Mary and how she is buried in the cemetery. She lived near the Cooper River with her husband. Her husband was a smoker and had terrible breathing problems. He ended up getting very ill and he had to go to Baltimore for the doctors there. When they were on their way to Baltimore, he got sick aboard their ship and died. Mary was sent a letter about his death, but she never contacted the coroner in Baltimore, so he is in an unmarked grave there.

There is a reason that she never contacted them and it was because she collapsed and died in her home. She died on the exact same day that her husband did and she is buried in the family plot in the cemetery. Many people believe that their bond was so close that she died out of heartbreak because she just knew that something was wrong with her husband. Others say that she was ill, but had not been diagnosed with an illness because she was always worried about her husband’s health. No matter what happened or how, it is a very creepy coincidence. Those who have seen the lady in white in the cemetery think that it is Mary looking for her husband since the plot beside her grave remains empty. Perhaps she is trying to find him so she can tell him where to go.

The Unitarian Cemetery is a popular place for visitors and many locals also love to visit the cemetery to explore a little bit more of history in Charleston, South Carolina. The spirits that are seen here may be one of these women or it could be a different one all together. No one truly knows the lady in white that haunts the area. No matter what, she is looking for someone and we hope that one day she can rest peacefully.