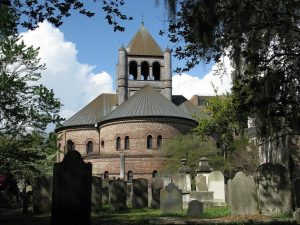 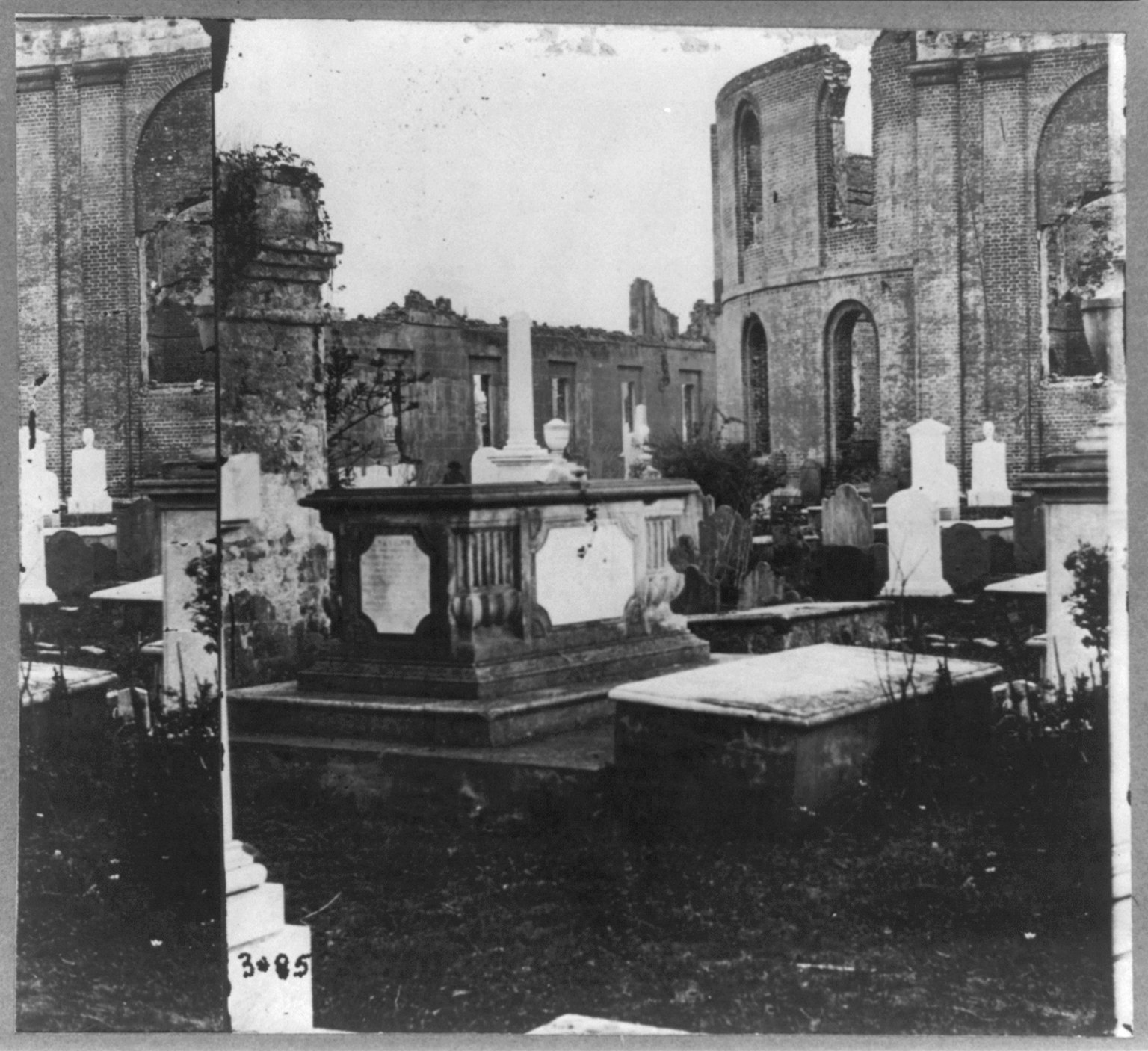 Cemeteries freak a lot of people out, but there are others that enjoy the energy that they bring. In times past, many cemeteries were seen as a place to enjoy a walk and even a picnic. It seems to recently become taboo to want to venture into the places where the dead lay. Not all cemeteries should freak you out, but there are some that have sightings of ghosts that just might scare you. One of these is the Circular Graveyard in Charleston, South Carolina.

History Of the Circular Graveyard

One of the oldest graveyards in Charleston is the Circular Church Graveyard. It is considered an English graveyard and about 500 tombstones remain there to this day. There were about 730 total, but many of them have disappeared for a variety of reasons. One of the earliest graves here was put up in 1695 and the earliest inscribed tombstone is from 1729. When looking at the gravestones here, we can see some symbols such as skulls and crossbones on the tombstones. There were also gravestones with Celtic and English designs to show the family’s history. There are also angelic symbols on some tombstones.

The graveyard is located at 150 Meeting Street in Charleston. The first congregations of the church were the United Church of Christ and the Presbyterian Church. The first members of the church were English, Scottish, and French and by looking at the tombstones in the graveyard, you can see the history of the people there. The church faced a lot of challenges due to its location, including hurricanes that destroyed many of the gravesites and the records of those who were buried here early on.

The hurricanes are not the only trauma that wiped out some of the graves. There was a British siege in 1780. There was a cannonball that hit the church and graveyard. Soon after the explosion, the church was repaired and a second meeting place was built in order to house all that wanted to attend the Circular Church. This church ended up having a large congregation for hundreds of years. The congregation today is filled with people of all races and colors. It is all welcoming and there are tours given of the church and the graveyard.

The Ghosts of Circular Church Graveyard

Graveyards have a tendency to really freak people out and for many reasons, we could see why this one would. There have been quite a few ghostly sightings in this graveyard. The stories vary from person to person, but we know that there are some creepy things happening here. That is why this graveyard has been voted as one of the most haunted places in Charleston, South Carolina! 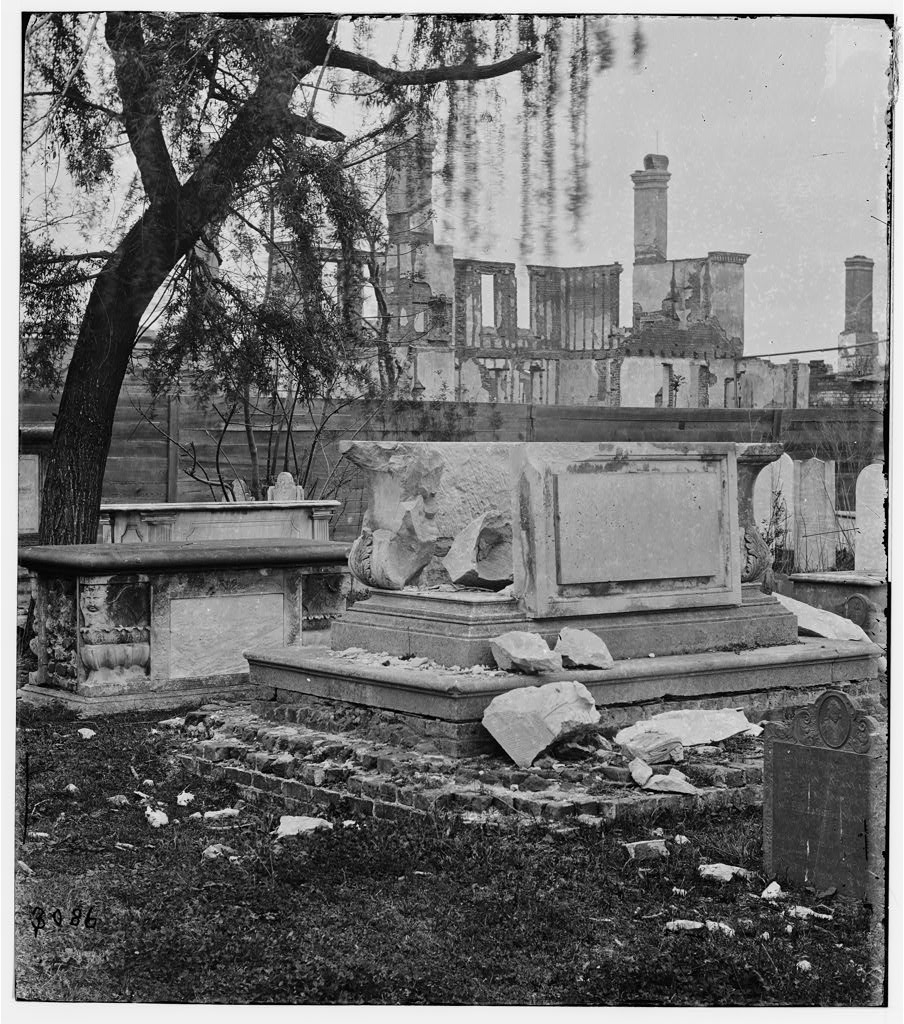 One of the first stories that we have to tell you is from the eyes of a tour guide. They had been giving tours of this site for many years. In fact, they mentioned that they had never been afraid to give day or night tours. They liked showing visitors the area no matter what time of day it was. This all changed when they gave a tour about a year ago. She said that as she was giving her first tour of that night, she began to see something strange walking around the graveyard. She said it looked very pale and the closer she got to it, she could tell it was a figure of a person. She said that it was a man, who looked as if he was a Revolutionary War soldier. After that night, she saw him at least four other times when she was giving tours at night. She did mention that visitors on the tour with her had seen him too and they were a bit frightened that night.

A visitor to the graveyard shared his story as well. He is a history buff so visiting a graveyard with this much history was an absolute dream come true for him. He took note of the historic markers in the graveyard and just how some of them had started to decay because of their age or the materials they were made out of. (Many gravestones back then were made of wood and we all know that wood cannot last hundreds of years in the middle of all the weather conditions that South Carolina gets.) This man also took note of the historical markers in the graveyard as well. The first thing he pointed out was a picture that he had taken on one of the nights of his visit. He said it was around 11pm. In his picture, he said that he can see what looks like three to four metal buttons, as if they are on a man’s soldier jacket. He looked up the buttons and found that there were several pictures of Revolutionary War soldiers in his research. Clearly, he is seeing the same soldier that the tour guide had seen too. In another picture that he took, he said he could see orbs flying in many directions and he saw the soldier, but this time, he was higher up in the air, as if he were floating away. In his next visit to the graveyard, he mentioned seeing misty forms all over the area and he heard voices and whispers in the graveyard as well.

Are you scared yet? We have even more stories about the Circular Church Graveyard that are going to make you keep your lights on  tonight! Another story about the graveyard haunts comes from another visitor who was on a guided tour. She said the things that she saw will stay with her for the rest of her life and they were terrifying! She began her story by telling us that the group began their tour at sunset, so it was a little dark, but not too bad. She said the tour guide was chatting about the history of the graveyard and she felt someone breathe down her neck. Of course, she turned around to see what other tour member it was. There was no one behind her. She said that the man next to her asked her what was wrong and she just blew it off as if it was nothing. She turned back around and just kept listening to the tour guide. As he talked more and more, the feeling of someone now standing behind her and touching her neck with their cold finger began happening! She said she jumped out of fear and the man next to her again asked what was going on. She explained to him what she had felt, but of course, he didn’t believe her. She turned back around and the group began to walk from that spot onto another. Once the group got to that grave, the woman saw something flying around the grave. She raised her hand and asked “Am I the only one that sees that?” The group was split half and half. Some said they saw orbs and others said that saw nothing. It doesn’t get better from her though.

As the group kept moving through the graveyard, half of the group stopped with fear.  What they saw terrified them and they all have written online blogs or reviews of the area about this story. The tour guide was talking about the American Revolution and he was very knowledgeable about the soldiers that are buried here. As he spoke, the tour group heard leaves rustle. Then they saw a spirit. This spirit was walking up to them as if they had summoned it. The woman we spoke to said it was the scariest thing that she has ever seen. The spirit was dressed in a uniform much like the soldiers in the Revolutionary War. The buttons were metal, much like the ones in past stories. The ghost walked closer and closer as some of the group began to back up. The tour guide ended his chat about the graveyard and the ghost simply disappeared! This story is one that scared us pretty good too!

Spooky stories are part of the reason visitors flock to this church. As long as people keep seeing the spirits, you can be they will keep coming out! If these stories have you spooked or excited to visit the graveyard, you should give your paranormal powers a spin. Who knows what you will see here and if you get some good photos, you may even end up with orbs in the pictures!