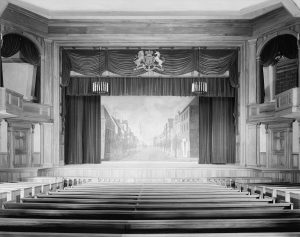 There is some very rich history in Charleston, South Carolina. In fact, a lot of the history here centers around pirates, the Revolutionary War, and the Civil War. While the deep South is a grand place to visit, the history here isn’t always the most positive. This could be part of the reason that the city is seen as very haunted. Along with the streets of Charleston, there are ghosts that linger in historic buildings as well. One of these buildings in the Dock Street Theatre.

The tales of hauntings in this building grow every time someone visits. Are you planning on visiting  the Dock Street Theatre? You better hold onto your hats because the stories of the hauntings here may scare you away… or will they? 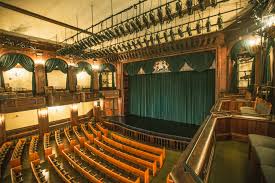 The History of the Dock Street Theatre

The Dock Street Theatre was one of the first of its kind in Charleston. It is located in the French Quarter neighborhood. The beautiful architecture was seen as a huge change for the city and when visitors come to see the city, the theatre was the first spot that they would go to. It is still open today and has been through millions of dollars in renovations. When it was built, it was on Church Street and Dock Street. It opened on February 12, 1736. The first play that opened there was called “The Recruiting Officer” and visitors loved it and the actors that put it on. This version of the Dock Street Theatre did not last long though. There was a horrible fire in 1740 that burned down most of the French Quarter in Charleston, including doing quite a bit of damage to the Dock Street Theatre.

In 1809, it was decided that the theatre was necessary to the city and it was rebuilt. It was not called the Dock Street Theatre though. It was now Planter’s Hotel. This hotel was very fancy for its time and the patrons loved coming here for the atmosphere and the parties. It had some amazing accommodations and many historical figures either stayed here or worked here. In fact, Junius Brutus Booth, who was an actor at the time, worked here. He is also the father of John Wilkes Booth. Many survivors of the Civil War found work here and a lot of them became famous shortly after. The hotel did not stay in business very long though.

The Civil War put quite a strain on the economies of the South. The hotel was abandoned and it was to be demolished. The owner loved the building so much that he didn’t know what to do. He put it up for sale and the city of Charleston bought it. There were many renovations done to it and it was going to be a Works Progress Administration building during the Depression. The builders kept the theatre portion of the hotel and it was turned into a performing arts center instead. The theatre would become famous once again.

The theatre reopened in 1937. It would have another renovation in 2010 that would cost about $19 million. The famous balconies still enhance the theatre, along with the grand lobby. The renovations included modern heating and air conditioning, new seating, new restrooms, and state of the art lighting and sound. The theatre became handicapped accessible and sound-proofing was done so that outside noises couldn’t bother the performances in the theatre. The theatre is managed by the City of Charleston and is also home to Spoleto Festival USA. There are also school day performances held here for students to catch during the day or on field trips with their schools. This is one of the most popular places to visit in the French Quarter of Charleston and thousands will tour the building each year. You can catch local plays and concerts here and you will enjoy the fantastic time that you have here. That is, if you don’t catch the eyes of one of the famous ghosts that reside here… 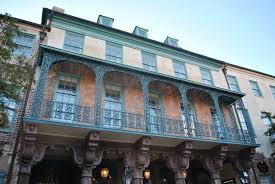 The Ghost Stories of the Dock Street Theatre

One of the ghosts here is said to be that of Nettie Dickerson. Nettie came to Charleston when she was about 25 years old. She loved the city and thought that it was exciting and sophisticated. She really was hoping to meet her future husband by moving here. Times have changed quite a bit since then. At this time, in 1840, the average age for a woman to marry was 17, so Nettie was considered very old in those terms. She was determined to find the love of her life though! Nettie had many men who wanted her because of her beauty and intelligence. There were not many that wanted to marry her though.

Nettie ended up finding a job at one of the local churches and enjoyed her work there, but she would always look over at Planter’s Hotel and see the men with their prostitutes and thought that she could be part of that scene too. She decided to quit her job at the church and try that life for herself. Prostitution would be her new job and she did well at it. Men liked her a lot! She still went to church and would watch as the women there would gossip about her and make horrible comments about her. This made her angry and soon she became very depressed when men no longer wanted her because of their wives’ comments about her.

She stopped going to church because of how she was being treated there. She enjoyed hanging out on her balcony at the hotel and one fatal night, her priest visited her and asked her to come back to church. He said her life could change and while he was talking to her, on her balcony, a storm came through the city. A lightning bolt hit the rail of her balcony and electrocuted her. Nettie died horribly from the shock and many people say that she has never left the hotel.

Since the hotel became the Dock Street Theatre, there has been quite a bit of paranormal activity. One of the first ghosts to be spotted is the ghost of Nettie. Many actors in the shows here have said that they have seen a woman walking in a beautiful red dress. She glides across the floor, but those who have seen her say that she is not beautiful. Many described her face as zombie-like and others have said it looks like something out of a haunted house. Some of the workers here said that they see her every day, but others say she comes and goes for months at a time.

No matter how much Nettie’s ghost appears, it’s clear that she is still in the theatre and she wants everyone to know. If you want to try to get a glimpse of Nettie, you can book a tour of the theatre or even go see a show there. Who knows what you will see?

The theatre is haunted by more than just one ghost. In fact, many say that Junius Booth, father of John Wilkes Booth, also haunts the building. The interesting fact about these ghost stories is that Booth didn’t even die in Charleston. Many of the actors and workers here have seen the figure of a man walking around the stage. They have reported seeing him when the building just had a few lights on and they felt him breathing down their necks. Some of the workers here even felt him touching their neck! Visitors that have come to the theatre have seen his full figure walking around on the stage and in the hallways. No one is truly sure if it is his ghost, but those who have researched him, believe that it is. There are stories of how much he loved the theatre and some say that he never wanted to be anywhere else! Perhaps this is why he is sticking around.

The Dock Street Theatre is a beautiful place and those who visit can walk around the theatre on their own. Shows are still being held here, so when you are in town, you can be sure to catch one! Perhaps when it is your turn to tour the building, you may see some of the ghosts too. Some people have said that they have even talked to them, so you may be just one of the lucky visitors that can do that!