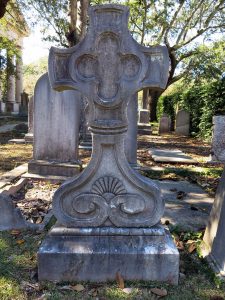 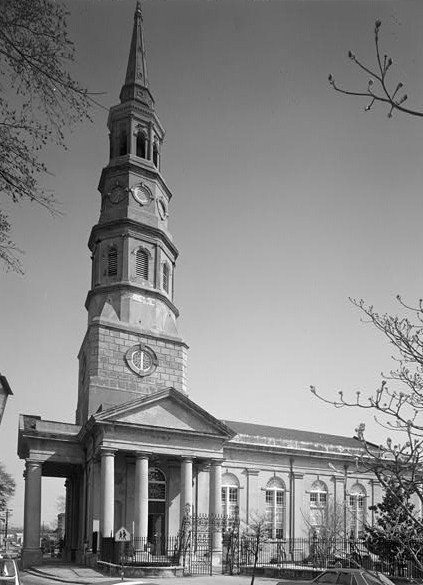 Charleston, South Carolina is known for its culture and history. For some, it is also known for how spooky and haunted it is. Imagine that you are walking around this beautiful city at night and you feel as if someone is watching. You feel someone breathing down your neck! This is just one of the creepy things that has happened to visitors who have come to see Charleston. Now imagine yourself in this situation again, but this time, you’re at the St. Phillips Episcopal Church…

St. Philips Church is located at 146 Church Street in the heart of Charleston. Around 1681, the church was built of black cypress. The congregation was small back then, but shortly, the church when begin to grow and by 1720, the church was divided into two different parishes. One was for Anglicans and one for Episcopalians. The church was demolished in the fire of 1835.

The church that is there today was rebuilt in 1838 and the new steeple was added around 1850. This church has been through so much! There have been multiple fires, hurricanes, tornadoes, and even an earthquake that rattled it! St. Philips Church also has a cemetery that is located across the street from the church. It is known for its beautiful iron gates and landscape. Along with the aesthetics, visitors can catch a glimpse at the artwork on the historic tombstones. On November 7, 1973, St.Philips Episcopal Church was added to the National Register of Historic Places and is a historic landmark. Part of the reason for this is the brilliant work on the tombstones here. Visitors get a good view of historical figures and members of Charleston society and where they are buried.

There are some well known historical figures that are buried in the cemetery at St. Philips Church as well. Charles Pickney was one of the signers of the Constitution. He lived from 1757 to 1824. A notable woman that is buried here is Henrietta Johnston, who was married to a rector of the church. She was the first recorded female artist in the colonies. Another woman who is buried here was Mary Roberts. She was the first female miniaturist in America. A notable man buried here is Edward Rutledge. He is one of the signers of the Declaration of Independence. He lived from 1749 to 1800. Many history buffs will visit this cemetery so they can take a peek at the tombstones of these famous men. There may be notable men and women buried in this cemetery, but some of the spirits here have decided not to rest. This is why the St. Philips Episcopal Church has many stories of hauntings and some of the ghosts have scared off many visitors. 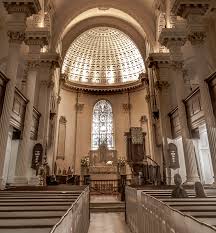 The Haunting of Sue Howard

The church at St. Phillips has a steeple that is recognized by everyone who lives in Charleston and even draws crowds of visitors because of its glory. Parishioners of the church were also amazed by it because it was ahead of its time. Two of these church goers were Gaston Hardy and Sue Howard. In 1888, Sue was pregnant and the two had their whole lives to live. They were happy to begin a family and knew that their child was a blessing. On June 10 of that year, the baby was stillborn. Sue was devastated, but she suddenly died about six days later. The doctors were unclear on what happened to her, but some speculated that it was the death of her child that drove her to heartbreak or it was simply complications from the pregnancy. Gaston was heartbroken that he had just lost his whole world; his wife and child. Not much is known about him after their deaths, but this is not where Sue Howard’s story ends…

Just about 99 years after she died, a visitor came to the cemetery and what he found was astonishing! This man happened to be a photographer and he was taking pictures everywhere in the cemetery. The gates happened to be locked when he got there, but he knew he would be able to take some great shots even if it was just with his camera. He took hundreds of pictures and everything seemed fine until he got them back from the developing company…

There was one picture that the photographer actually sent to different photo sources to get it tested because what he saw in it was shocking! In the photo, there is a woman that appears to be dressed in a shawl. She is bent over a grave and this grave is that of an infant. Could this be Sue Howard standing at her child’s grave? Many sources say that it is! In fact, this photograph is used on guided tour groups. Women that have been in contact with this picture have stories of their own.

One of the most terrifying stories about this picture is that it is passed around groups and women who are pregnant get a bad feeling when they touch it or look at it. There are also reports of pregnant women have health complications after touching it. Some of these women got sick, while others felt as if they were choking and someone had their hands around their throats. There are some firm non-believers of this ghost story, so it is up to those who visit to decide the truth for themselves.

Babies Crying in the Mist

Not only have visitors seen the figure of a woman in the cemetery, they have also heard whimpers and crying babies. One story is from a young woman, about the age of 22. She said that she always found the cemetery here to be calming and a place that she would go for comfort and relaxation. She would go there two to three times a week on her lunch break since it was close to her college. One day, it felt different to her. She said it felt eerie this one afternoon and it was not at all what she had expected. As she walked to her favorite spot, under her favorite tree, she heard a very strange noise. She stopped walking because she knew it couldn’t have been the leaves underneath her feet. She held her breath and looked around. She listened closely again. Then she heard nothing. She began to walk again. She heard the strange noise again, but this time it was very loud. As she got closer and closer to her favorite spot, the noise became louder and she could finally make it out. It was a baby crying!

The young woman didn’t know what to do. She was terrified! She knew that she had heard stories of ghosts in the cemetery, but for the last few years, she never heard or saw anything out of the ordinary. This was new to her. She began to walk away from her favorite spot. The crying was still going on, but as she walked away, it faded away. She said that when she got to the gates, she felt something tug at her sweater. She said that it was tugging quite hard and she felt like something was telling her to come back. Was it the baby or was it the ghost of Sue Howard? The young woman didn’t stay to find out and said that she has not been back since this incident.

There are many members who attend church here. There are special ceremonies, as well as Sunday morning church and Bible study. The church holds many opportunities for those in Charleston to worship. Holy Communion is given on Sunday mornings and their are worship services during the morning too. Wednesdays are also a great morning to come worship, as well as enjoy Wednesday nights for Wednesday Alive! The community here strong and tight knit, but always will welcome new members with open arms. 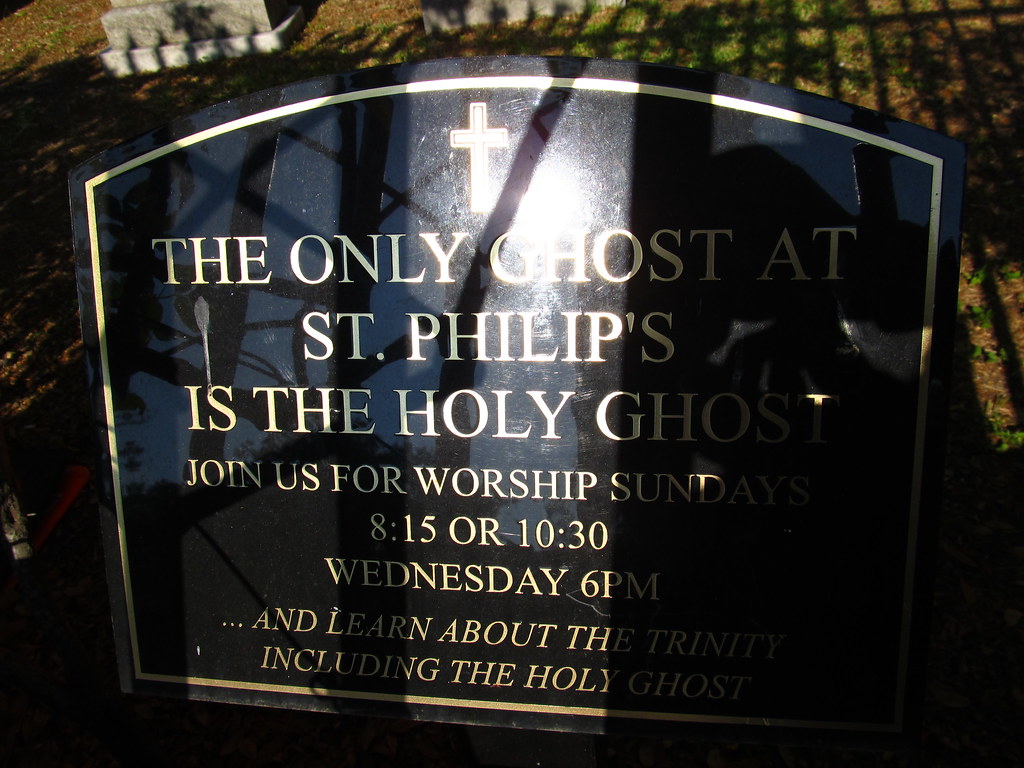 What is it about this cemetery? What makes people so attracted to coming here and what makes the spirits come out for some, but not for others? All we know is that those who have visited are mystified by the stories that have been told about the ghosts here. For those who get a chance to see them, they have said that there is a presence here that welcomes them back, while others say the presence doesn’t want them to ever leave!

If you decide to visit this cemetery, you will have a chance to see and hear the spirits that linger among the tombstones. Who knows what you will see or will you just enjoy a simple stroll through the cemetery?