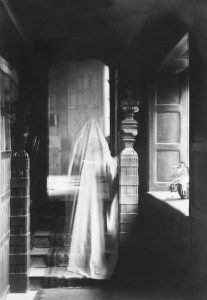 The number one most haunted place in Charleston, South Carolina is the Old City Jail. After visiting it many times, we have decided that this is one spot to visit if you love to be scared! The tales of the ghosts here will make your skin crawl and you may not be able to sleep after just a short visit. We have quite a few stories to share with you about the Old City Jail, so hold onto your hats! 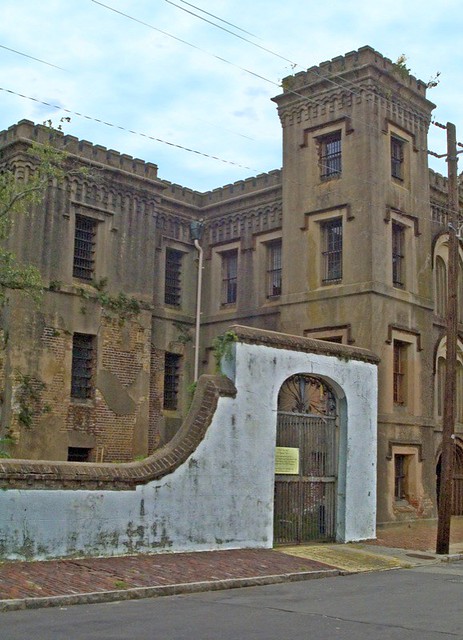 The History of the Old City Jail

The jail was built in 1802 and was the Charleston jail until 1939. Most of this building is the original structure, but there are places that had to be renovated shortly after opening. The Old City Jail was known for housing some of the worst criminals in the city. The criminals here committed crimes such as murders and theft. The way that it was set up had the worst criminals all on the same floor and so on. The first floor was set up for “gentlemen” criminal, the second floor was for debtors and prostitutes, and the third floor was for murders and thieves. There were a few of these hardened criminals that were hanged in the yard at the jail. There were some criminals here that did die inside of the jail’s walls due to natural causes as well.

The Old City Jail was used as a POW camp during the Civil War. The jail actually ran out of space for all of the Union soldiers there. Some of them were forced to sleep outside because of the overcrowding. During the 1886 earthquake, the jail was damaged and had to go through some renovations.The jail’s tower and entire top floor of the main building was damaged. These parts ended up being removed from the Old City Jail because the damage was too much to repair.  In 1911, the last man to be hanged at the jail was hanged. The gallows were then removed and never used again. The 1930’s saw the jail in a terrible condition. In 1939, it was officially closed after being the city’s jail for 136 years!

The jail did become a museum in the 70’s and then it was sold in the 90’s to the Charleston Housing Authority. It became the American College of the Building Arts and is used to show students about renovating and restoring historic buildings. The building is still being used and those who have come inside all have a tale to tell. Some of them have heard some strange sounds, while others have seen what they think are spirits and ghosts. We have many of their stories and would love to share them all with you! 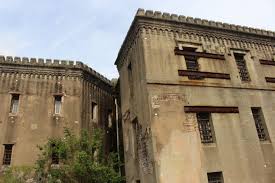 The Haunted History of the Old City Jail

Just like many other haunted buildings, the Old City Jail has quite the haunted history. There are thousands of people that died here and that could be part of the reason that many spirits have come back to find peace or rest. No matter what they are looking for, they have caused quite a stir around here. The jail used to be a hospital, a poor house, and then it became a home for runaway slaves. Over 10,000 people have died in this building! Cell mates died from sickness, injuries, homicides, and executions. No wonder there are some uneasy souls in here!

When the jail finally became a place for convicts, it was built to only house about 130 prisoners. At its busiest time, the jail was holding about 350 inmates! There was clearly a problem with overcrowding and the condition were not at all the best. There were diseases all over the jail and violence was everywhere in the jail. There were also some inmates here that had quite the record of killings, piracy, and violence.

Some of the prisoners at the Old City Jail included: Lavinia Fisher and her husband John, Jacque Alexander Tardy, and Denmark Vesey. Fisher and her husband had quite the reputation before they entered the prison. Lavinia Fisher is actually known as the first American, female serial killer. She and John ran a hotel, think bed and breakfast style, and she would lure wealthy men into it and then, with John’s help, she would kill them and take all of their money. They did this for years before they got caught. The couple was incredibly popular in town so the investigation got dropped many times because no one believed that they were capable of such horrible acts. It wasn’t until one man escaped and went to the police that they were finally caught! The hotel was searched and what the police found was terrible! They found many items that belonged to missing travelers and human remains that could have belonged to over 100 men! They were sentenced to hang and served some time in the Old City Jail, where they both died.

Jacque Alexander Tardy is best known for piracy and in a city like Charleston, there was a lot of it! Pirates practically ran the city and they were everywhere! Tardy had quite the track record with the authorities. He was known for stealing property and money. He did serve some time doing hard labor for his crimes, but that wasn’t enough to make him change his ways! While he was on his way to Charleston on a ship, he poisoned eight people with arsenic and told authorities that the chef was to  blame. This caused the chef to later be executed! Tardy was not a man to trust. He poisoned the crew on another ship and then blamed the chef again, but this time, the chef was found innocent. Tardy did end up spending a few years in the Old City Jail.

Denmark Vesey is another historical inmate at the Old City Jail. He helped to form a rebellion of former slaves to march on Bastille Day. His big plans for the former slaves was for them to march to the homes of their former masters and execute them. This did not go as well as he planned and in 1822 he was imprisoned here. The stories of Vesey tell us that he spent many days hanging out at the prison until it was time for him to be punished for the slave revolt.Vesey was later hanged for his plan. Of these prisoners, it is said that one or all of them still haunts the jail to this day. From the effects of this plot, Charleston put harsher laws and restrictions on the slaves in the city. If there were black seamen in the city, they had to be kept until they were to set sail on another trip. 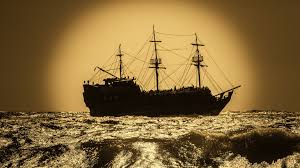 Who Haunts the Old City Jail

The first ghost that visitors say that they have seen lingering about in the Old City jail is Lavinia Fisher. Paranormal experts will always bring up her final words before her death, “If any of you has a message for the devil, tell me now-for I will be seeing him in a moment.” There have been multiple sightings of Fisher walking around the Old City Jail and paranormal teams even got a recording of her speaking. When they asked her a question, she answered “the devil”. There have been pictures and videos taken of her ghost as well.

The Old City Jail is said to be one of the most haunted buildings in Charleston and there are plenty of reasons why. We chatted with one woman who decided to go on a haunted tour of the building. She was very excited because she had never done anything like this before. After she talked to us, she said that she will never go on another haunted tour again! Her story begins at the front door of the jail. She was with a dozen or so others who were ready to get the pants scared off of them! Well, she did! The woman took what she says was “hundreds of photos” and she didn’t see much at the beginning of the tour. She said it was all right, but she was getting bored with the history lesson. Then, she saw something. She saw a man walking from one side of the hall to another. When she asked about him, the tour guide told her that it was “Mr. Fisher”. As the tour began walking further into the jail, the woman felt something tug on her hair. She jumped and asked if anyone had seen anything. No one had, so she kept going about her business. Minutes later, the woman said she felt someone’s hands on her neck. She wasn’t able to breathe and the tour guide thought she was having a cardiac arrest. After about five minutes, the woman was back to normal. When the tour group asked if she was all right, she told them someone was choking her. She immediately left the jail and ended the tour for herself.

There are many tour guides that have reported being manhandled in the jail by ghosts and seeing orbs. This building does hold a lot of spirits and this is why it is our top haunted place in Charleston, South Carolina.